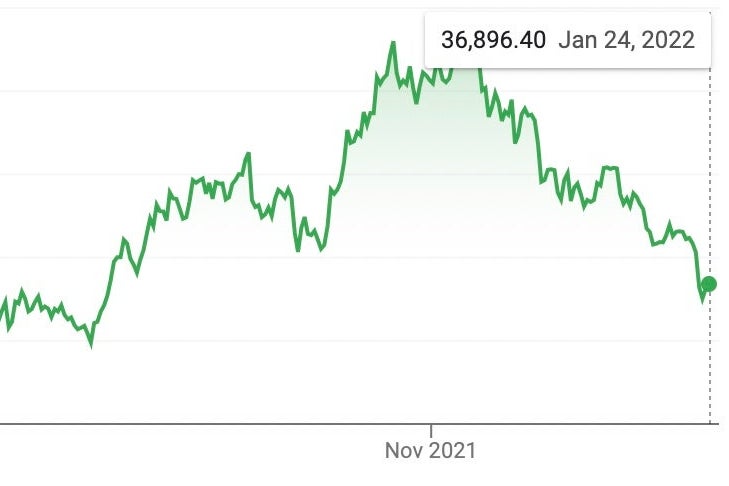 One question on the minds of investors is why did the crypto market drop? Several reasons have been proposed. These include a tight monetary policy, inflation, and fraud. These reasons are discussed in this article. Hopefully, by the end of this article, you’ll have a better idea of why crypto prices have dropped. In the meantime, we’ll see if these reasons can be applied to other crypto markets, as well.

After launching its first stablecoin in June, TerraUSD (UST) has crashed, leaving investors reeling. The ‘UST’ token had been seen as a safer asset than other cryptocurrencies, and investors attributed its stability to the Anchor protocol. This has now caused a massive price crash, resulting in an unwelcome halt to trading. A recent article by the Wall Street Journal details the experience of some investors. One such investor was a doctor who had lost a significant amount of money in UST.

In the wake of TerraUSD’s collapse, Luna’s market value sank to $840 million, down from more than $20 billion earlier this year. The coin was backed by the Luna Foundation Guard, which is an affiliate of the company behind TerraUSD. The pair maintains the dollar peg through an algorithm that is tied to Luna. The two tokens are part of a system called the Terra ecosystem. As a result, their price falls along with them.

The latest decline in cryptocurrency prices is a result of tightening monetary policies. Investors are worried that the U.S. Federal Reserve is taking steps to slow down inflation. Meanwhile, Bitcoin’s correlation with the S&P 500 has made the crypto price unstable. This, combined with a rising dollar, is pushing investors to sell cryptocurrencies to protect their wealth. Tight monetary policy has caused crypto to drop sharply in recent months.

The fall in crypto prices is caused by a variety of factors. The first of these is the fact that cryptocurrency is based on the notion of a finite supply. This, in turn, makes it extremely volatile. Moreover, since there’s no real cash flow, traders rely on sentiments to drive the price. The market could swing between rabid optimism in early 2021 to gloomy pessimism in late 2021. The rise in sentiments was sparked by the Coinbase IPO. The subsequent cut in monetary stimulus, however, caused the market to fall further.

The latest round of US inflation numbers have investors worried. US inflation reached 7% in December, the highest level since 1982. The US economy is not experiencing stagnant growth, but global supply chains are not keeping pace with demand. Nevertheless, the Federal Reserve intends to raise interest rates three times by 2022. This has left many investors unsure of whether cryptocurrencies are a good fit for a high-inflation environment.

The Fed’s dual mandate to curb inflation and promote growth will result in a sharp drop in the price of assets. While the Dow Jones Industrial Average has remained relatively stable this morning, gold futures have been seeing a decent runup over the last six months. Bitcoin, however, has fallen flat or even gone down this morning. Many investors have used crypto as an inflation hedge, but it is unlikely to outpace the U.S. dollar.

Cryptocurrency was once a hot topic and the price skyrocketed. However, in January of this year, a New Zealand man was arrested on suspicion of laundering $2 million in cryptocurrency. This money was used to buy luxury cars, including a Lamborghini and Mercedes G63. In the same week, the US Department of Justice unsealed a superseding indictment, accusing six people of conspiring to launder drug proceeds through fake charities and coronavirus scams.

While many believe this was a one-off case, there are numerous cases of crypto fraud involving large amounts of money. In Q1 of 2020, Uniswap was the victim of a $281 million hack. The criminals then used another decentralized exchange to launder more than a billion dollars. This type of scam leaves the remaining token holders with no liquidity and unable to trade. Ultimately, this causes the remaining value to vanish.

Stablecoins have suffered a major selloff this week, and the reason may surprise you. They have been pegged to a commodity or currency for a period of time to reduce volatility. However, the volatility that has been plaguing the market is causing these coins to lose value. To counter this, investors may be wondering why stablecoins dropped in price. Here are some reasons why. Listed below are some reasons why stablecoins dropped:

The UST crash has caused many investors to question the structure of these coins. The crash of the UST has made investors question the stability of stablecoins, and it will make the other stablecoins questionable, too. Many participants in the crypto market put their faith in stablecoin structures without taking a closer look at the underlying assets. To avoid falling victim to such a pitfall, investors should take their time to research stablecoins and understand the risks involved before investing.

There’s a lot of talk about cryptocurrency regulation, but why did crypto fall so much? Many of these cryptocurrencies are resource-intensive and have high volatility, making them a prime candidate for regulation. A recent report from the Federal Reserve outlines the options available for a national digital currency. Crypto experts have been eager to learn how the Fed will weigh these options. This report has sparked a debate among investors about whether cryptocurrencies should be regulated or not.

While some people are skeptical of the idea of government regulation, other observers believe it’s a good thing. Regulatory efforts are important because they purge the market of illegal activities and promote a safe environment for genuine investors. Some countries have already banned cryptocurrency fundraising and trading in order to monitor what people are buying with their central currency. In Turkey, a similar ban on cryptocurrency trading took place earlier this month. As a result, many cryptocurrency traders were forced to migrate to foreign currencies.